Interview with Sara Pudas – on the Life of Telomeres

“Keep dancing!” says Lifebrain researcher Sara Pudas at Umeå University, Sweden. She is studying how the length of your telomeres — the bits at the end of your chromosomes — relates to brain volumes and lifestyle factors. Preliminary results suggest that older individuals with longer telomeres appear to have larger brain volumes. 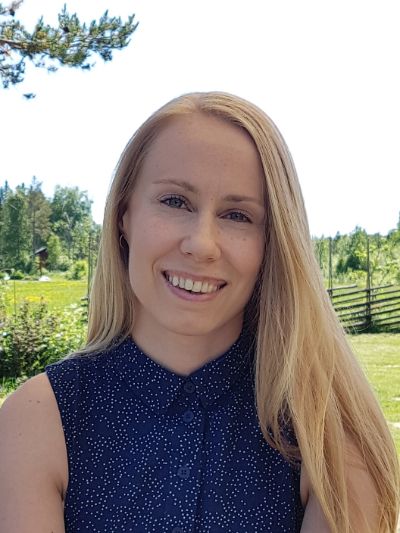 What are you working on right now in Lifebrain?

I’m investigating whether telomere length, a proposed aging biomarker, is associated with brain volumes or aging-related brain volume declines. Telomeres, typically measured in white blood cells, are protective “end-caps” at the end of our chromosomes. Telomere length shortens with each cell division, and therefore with aging, and may also be affected by adverse health- and lifestyle-related factors such as smoking, stress, or being overweight. Therefore, longer telomeres are thought to be indicative of a person’s cellular integrity.

What was your motivation for getting involved in brain research?

I’ve always been intrigued by individual differences, or what drives the variability we see in the way people think and behave. Studying the brain seemed like one way to approach such questions. During my PhD I got the chance to study one aspect of this — namely, variability in how people’s brains and cognitive abilities age. It caught my interest, and I have since then continued to study underlying causes and predictors for such aging-related variability.

In your opinion, what is the most burning scientific question in our times? (in brain research)

The most obvious pressing question in my field is how to minimize or prevent negative aging-related losses in brain and cognitive functions, both in the form of neurodegenerative disorders such as Alzheimer’s disease, and among healthy dementia-free older adults.

What do you find most interesting in the Lifebrain project?

I think the most interesting and rewarding aspect of Lifebrain are our collaborative scientific discussions at the Lifebrain meetings, where so many knowledgeable and skilled researchers put their heads together to address pressing scientific questions and problems, illuminating them from different angles and perspectives. I always learn a lot at our meetings!

What do you find most challenging?

A technical challenge with merging data from many difference datasets, as we do in Lifebrain, is that variables have been measured in different ways in the different Lifebrain cohorts. Some effort has to be put into considering whether or how two different variables measuring the same characteristic can be combined.

What have you found out so far?

In one of the Lifebrain cohorts, the Betula study, preliminary results suggest that older individuals with longer telomeres appear to have larger brain volumes in some aging-sensitive regions and less volumetric decline over time in others. Upcoming analyses are meant to verify whether telomeres are associated with these brain characteristics even after accounting for other factors known to negatively influence both brain health and telomere length, such as hypertension, obesity or smoking. To assess the generalizability of the effects, analyses will also be repeated in another Lifebrain cohort which has measured telomere length, the Berlin Aging Study II.

Some individual studies suggest that this can be achieved by for instance comprehensive lifestyle interventions, stress management, or weight loss, but these results haven’t been consistently replicated. Therefore, for now, strong conclusions about telomere lengthening in response to lifestyle changes in humans cannot be drawn. Excessive telomere lengthening would perhaps not be desirable either, as longer telomeres may be associated with greater risk for some cancers. Thus, it’s a complex issue.

Can these findings benefit people or society?

Studying aging biomarkers, such as telomeres, is hoped to lead to more reliable and earlier identification of individuals at elevated risk for aging-related diseases, which in turn can allow for targeted interventions or treatments at earlier disease stages. Individual biomarkers may not always be sufficient for reliable prediction on their own, but could in the future be of value as a parts of individualized risk profiles for various traits and disorders.

What can people do for their brain health?

All the well-known health advice such as exercising, healthy eating, good sleep habits, and stress management apply to both brain and general bodily health. For older adults, a common advice is to try to find enjoyable activities, which also keep them mentally, physically, and socially engaged. Dancing is a classic example! Although we cannot guarantee that such activities will invariably protect the brain from all negative influences, they will likely not hurt (when practiced in moderation) and will hopefully be enjoyable while performed.