During the evening, 3 speakers presented their work. The video and summary of each talk can be found below. 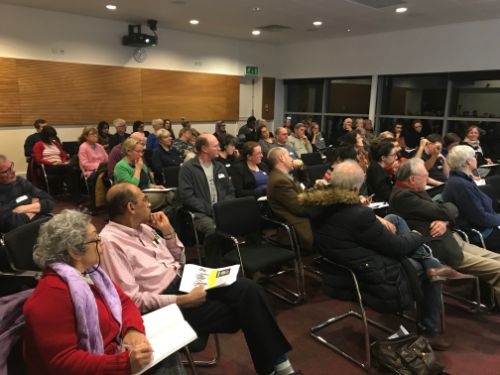 Presentation 1- How people think about their brain health?

The reason why we are here is that you are interested in the brain. It’s a fascinating organ, although it’s only two percent of our body weight. It’s a demanding and crucial organ, as it consumes 20% of the total energy of our body and 20% of our body oxygen.

We need it to feel, to think, to understand, to learn and to move. The brain is taking lot of attention in the news these days. Neuroscience has made a big progress in the last decades and constantly publishes new results.

What is brain health?

In Lifebrain we are interested in how people think about their brain health. Brain health is a new term used to describe your ability to remember, learn, play, concentrate, and handle challenges. It is also about your ability to be mentally and emotionally in balance.  Simply said, brain health is about making the most of your brain and taking care of it. (Source: National Institutes of Health, USA).

We had interviewed 44 brain research participants in Oslo, Oxford, Barcelona and Berlin and our questions to them were: Is the brain something you think about? Are you worried about it? Do you do anything in particular for your brain? Are you willing to do more for your brain health?

Understanding these attitudes and perceptions help us to propose public policy guidelines so that people can take better care of their brain health.

So what do our participants think about their brain health?

Our participants refer mostly to cognitive health when they talk about their brain, mostly memory.

Participants take brain health for granted: most people, if they have a healthy brain, do not think about their brain.

Participants are quite aware of what is beneficial for their brain. However, they do little for their brain health, and their focus is more on general health and well-being.

Our participants need personalised information on what they need to do specifically in order to improve their brain health.

Our interviewees would like to know if they do something for their brain health that has a real impact, so they need more scientific evidences.

A Global Brain Health Survey will be launched in 2019.

We would like to hear the views of even more people, so we launch a Global Brain Health Survey online in the summer of 2019, in 10 languages. This will be available on the Lifebrain website.

Presentation 2- How does the brain age and why?

How does the ageing brain change?

As the human brain ages, it shrinks.

Neurons make a vast proportion of the brain. They have a cell body and a nucleus and so on, like other cells. But they are also different, as they are specialised to communicate with other cells. Via the axons the neurons send signals from one end of the cell to the other end. The way it is picked up is via the so called dendrites. A neuron can have hundreds of dendrites. These dendrites pick up signals all the time and that’s how the brain communicates. Wrapped around the axon is something called myelin that is white.

Earlier researchers used to think that the brain shrinks because the cells die, but as to current research, it’s the reduction in dendrites which actually drives the ageing brain.

What is a good measure of brain ageing?

It’s magnetic resonance imaging, which is used most widely as a tool for studying the ageing brain.

It’s a brain scanner. Unlike X-ray, MRI is not harmful to the human body.

On the scans of the brain of an 86 year-old one finds much more black spots. These might look frightening, but actually they are not. These are ventricles, they are filled with a fluid, which bathes the brain inside our head.

The whole brain volume goes down with ageing. 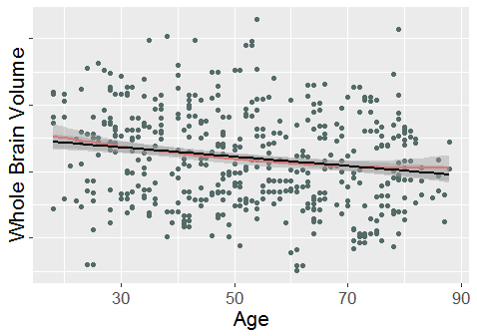 We can also look at something called the cortical thickness: that goes steeply down with ageing, so the grey matter is reduced a lot with ageing. 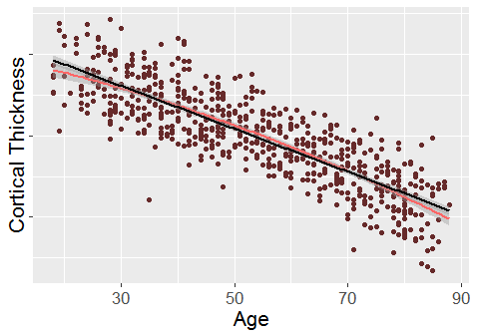 What we can do to age more healthily?

Brain shrinkage and grey matter reduction is not necessarily a bad thing, as there is something called cognitive reserve which helps your brain better cope with any declines it faces by ageing. What might drive cognitive reserve?

Why is that so? We do not really know for sure why, however, there are some theories. Locus coeruleus (LC) produces a chemical called noradrenaline. The presence of it has a protective effect on the brain. 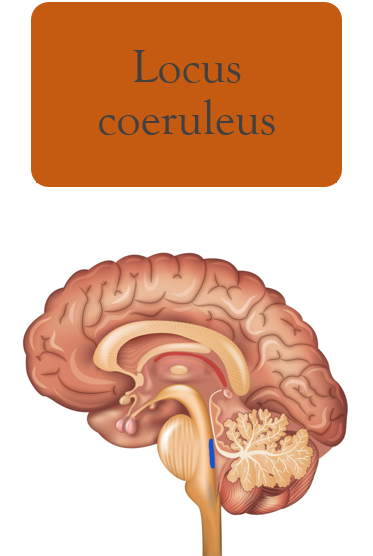 It’s possible that education, occupational complexity and an engaged lifestyle what they have in common is that they can all challenge you. This theory might explain how cognitive reserve is built along the lifespan and how healthy ageing could happen.

Presentation 3 – Healthy brain ageing. What we know, what can we do

The world is ageing and overpopulated. Life expectancy has changed fundamentally in the world in the past decades, there has been a steady increase. So brain health is becoming vital, especially how we can maximise brain health in an ever increasing old population. We cannot medicate this amount of population, so we need to think of other ways.

What is healthy brain ageing?

Dementia is an umbrella term for a group of neurodegenerative disorders associated with ageing and its one of the biggest policy challenges of our time. There are various types of dementia, for example, Alzheimer`s disease and vascular dementia. If people live as long as possible, half of them probably would get dementia according to projections. So age is the strongest risk factor for dementia, but dementia is not part of normal ageing! Dementia is currently detected only at a late stage of the disease process.

Commercial news often present latest scientific findings with fascinating cover pages about the beneficial impact of one single risk factor, such as “chocolate halts dementia”. But luckily, there is more consistency behind these single evidences.

According to the projections of the Alzheimer`s Society UK, 1 000 000 people will be affected by dementia by 2021, and 1 700 000 by 2051. But is that really where we are going? Are there any historical data, which support these projections?

There has been some good news in the past 10 years.  Several studies show that among people who aged beyond 65 years old the prevalence of dementia has gone down; in certain periods there was a 20-30% reduction in risk. This reduction was in the number of new people getting dementia. What causes these positive changes? What we have known for a long time is that education has been fairly good for the brain. We still do not know exactly why, but there has been consistent evidence of its positive impact on the reduction of dementia. People are in education for a longer and longer period due to the changes in the past and current education regimes: the current young generations are in education on an average for 14 years!

What is the changing impact of education?

According to recent studies, increased education does not necessarily bring along more skilled jobs according to recent studies. But what does education do then? It contributes to building up cognitive reserve in your brain. That means you would be more resistant to changes across time. A person with a cognitive reserve uses its brain network more efficiently or is more capable calling up alternate brain networks or cognitive strategies in response to increased demand.

One can think about cognitive reserve as a motorway structure. If you only got motorways (“M”ways), you might be blocked on the road. But if you use your cognitive reserve, you build “A” roads. In certain cases, you might use a way to go around, but you would still get there. The more you build up the road network, the more you have in terms of where you can go. So even if A10 is blocked, you still have the possibility to go to Ely.

Education is not only for the early years of life. You are sitting here tonight and educating yourselves, whether it’s formal education or not; people learn new things all the time. We could not all educate ourselves at an early age. But what else can we do, what other risk or protective factors exist threatening cognitive health?

Through the modifiable risk factors we could prevent about one third of dementia cases.

Vascular factors are basically related to the heart health. Obesity and hypertension is particularly a risk factor for mid-life, meanwhile diabetes, smoking and low physical activity at later life.

Hearing loss has a quite negative impact on the brain. The brain is a social organ, it likes to be stimulated, and it likes to have conversations with people. If hearing loss impairs, that impacts social interaction as well. People with hearing loss experience 30-40% greater decline in their thinking abilities compared to their counterparts without hearing loss.

Depression is also a risk for dementia.

What else can you do for your brain?

We do know enough about brain health now, so here are some advice: