Nine out of ten want to know their brain disease risk

Would you take a simple brain health test to learn about your risk of developing a brain disease if you could? According to the Global Brain Health Survey, 91 per cent of those questioned would.

We asked this question to over 27,500 people in the Global Brain Health Survey conducted by the Lifebrain project. The survey is led by the Norwegian Institute of Public Health in collaboration with the University of Oslo, and the Lifebrain consortium. 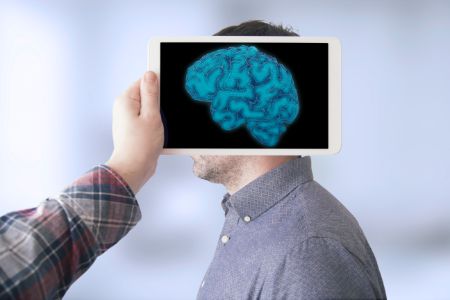 The main findings were:

• 91 per cent of respondents would definitely or probably take a simple test to learn about the risk of developing a brain disease.

• 86 per cent would do so even if the disease could not be prevented or treated.

The findings have been published in Frontiers in Public Health.

For most people (over 95 per cent) their main reason for taking a brain health test is to be able to slow down the development of a brain disease by seeking professional help and changing their lifestyle if they were at risk.

"It is surprising that so many people are willing to be tested for future brain diseases, even though it is not always possible to delay onset or cure them, such as Alzheimer's disease. However, this finding shows that people strongly believe that lifestyle affects brain health," says Dr. Rebecca Bruu Carver, lead author of the study at the Norwegian Institute of Public Health.

Eight out of ten believe a brain health test should be reliable and give an accurate result. Today, it is possible to test several aspects of your brain health with various methods, such as gene tests, brain scans, blood tests and cognitive tests.

For example, genetic tests can predict the risk of developing Huntington's disease and some forms of Alzheimer's disease, but otherwise there are very few genetic tests for brain diseases. There is no simple test to provide an overall measure of your brain health.

"Although simple brain health tests are not yet available, we see an increase in commercial genetic tests for many conditions, with varying predictive power. Since this study shows there is high public interest in brain health testing, it is important that people understand the limitations of such tests," says Carver.

She believes it is important that health professionals give people the necessary information and follow-up if these tests become available.

What is brain health?

The term brain health has been adopted in the last ten years. Good brain health is about mental well-being and the ability to remember, learn, plan and concentrate.

"It is positive that so many respondents would change their lifestyle if they discovered they are at risk of developing a brain disease. However, we know from previous research that what people say and what they actually do can be two different things," says Carver.

The brain health survey "The Global Brain Health Survey" has been part of the EU research project "Lifebrain" in the Horizon2020 program and was carried out in collaboration with the University of Oslo. The questionnaire was available in 14 languages ​​and the answers came from participants in 81 countries.

Participants in the study were asked to consider a hypothetical brain health test that would tell them about their risk of developing an unspecified brain disease. Such a test is not currently available.

43 per cent of participants had previously taken part in brain health research, as more than half of the respondents were recruited via research registers. Many were therefore already interested in brain health and the sample is therefore not representative of the general population.

Norwegian version of the article at nrk.no.