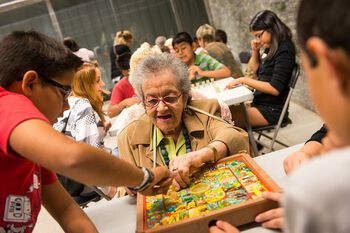 In our dementia series we summarise the most important findings of the Lancet Commission on dementia. In this article we focus on cognitive stimulation.

Several ways of preventing development of dementia have been suggested, like good childhood education, exercise, healthy diet, reducing smoking, control of blood pressure, diabetes, obesity and hearing loss, in addition to social engagement. In other words, prevention as well as treatment of dementia are focused on exposing the brain to few risks as well as use the brain for the benefit of the brain and the person itself.

Although prevention of dementia seems to be by far much more effective and preferable than treatment of an already developed dementia, the reality is that an increasing number of people experience this serious condition. While there is currently no cure for dementia, several prescription medications can help to slow down the progression of negative cognitive effects and other symptoms that dementia can cause.

In our dementia series we summarise the most important finding of the Lancet Commission on dementia. In this article we focus on the lifestyle factors.

No matter what the cause of dementia is (See our first article in the dementia-series), it seems as having a well “trained” brain protects from getting the symptoms and signs of dementia. Read more below on how you can keep your brain healthy. 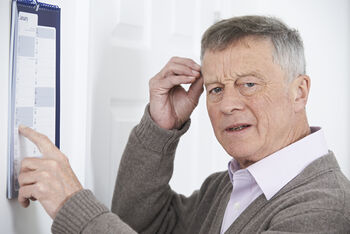 Dementia is a growing challenge

The Lancet Commission on dementia aims to review the best available evidence and produce recommendations on how to best manage, or even prevent, the dementia epidemic. Lancet, as one of the worlds most prestigous medical journals has released its report with a title "Dementia prevention, intervention and care" in July, 2017.

Lifebrain researchers will now comment on the figures of the Lancet Commissions and summarise its most important findings, in a series of 6 short articles.